On 02/04/1991 Roberta and Craig Hendricks started this business after both of them having worked for Trudon (previously
Maister Directories), for a period of 2 years.

Roberta and her late ex-husband, Craig, started out in the garage of their home in Benoni, 30 years ago.

Initially their focus was on reducing the costs of their clients telephone accounts relating to their Telkom advertising, by using
their knowledge on Telkoms billing structure.

In 1999 Roberta became the sole owner of the business. Then in 2001 she moved to Gqebertha (previously Port Elizabeth) to
continue being an intermediary between her clients and Trudon.

From 1991 until 2004, for a period of 13 years, her priority was to reduce the costs of her clients’ Telkom telephone
directory expenditure, without reducing their exposure. This resulted in good advertising in the Telkom phone book and
the Telkom Yellow Pages at substantially reduced costs, which eliminated unnecessary billing on the client’s telephone
accounts for those listings. Many clients were unaware that the billing for their phone book listings appeared on their
Telkom telephone accounts. They also had no knowledge that certain entries were free of charge, and that others were
chargeable.

In 2004 after doing market research, it was established that many companies details which had been published in the
Telkom phone books and Yellow Pages were outdated, and the information given out on the Telkom directory enquiries
1023 call centre was also old information. We realised that there was a gap in the market for assisting our clients by
amending and updating their information in the directories and also on the 1023 directory enquiry voice service.

After Roberta and Craig’s son, Darryn Hendricks, matriculated in 2006, he joined the company and is the company’s
designer and I.T. Manager. Beverley Goosen joined in 2010 and has 11 years experience in managing the telesales division.
The rest of the staff are made up of Christian men and women of integrity, that are hard working, honourable, loyal and
believe in service excellence. 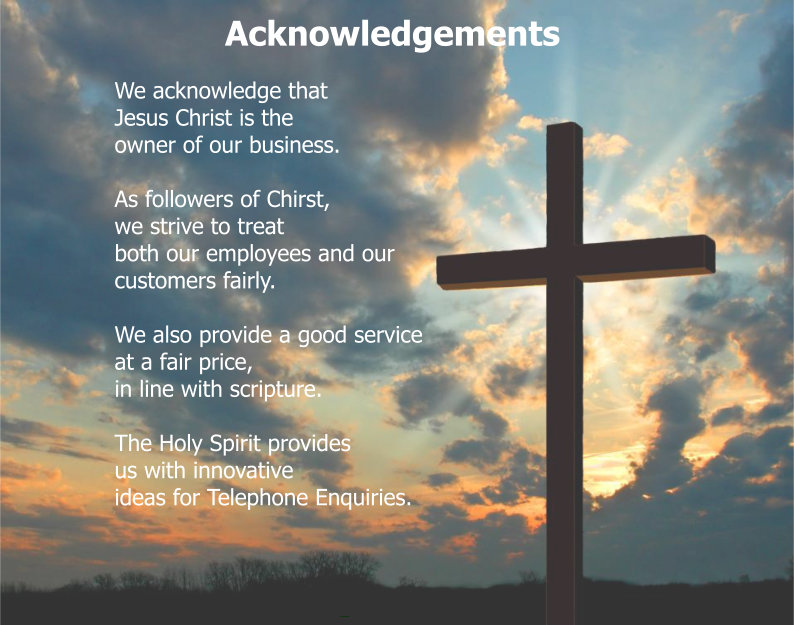